One key factor underlying the functional balance of cortical networks is the ratio of excitatory and inhibitory
neurons. The mechanisms controlling the ultimate number of interneurons are beginning to be elucidated, but
to what extent similar principles govern the survival of the large diversity of cortical inhibitory cells remains to
be investigated. Here, we investigate the mechanisms regulating developmental cell death in neurogliaform
cells, bipolar cells, and basket cells, the three main populations of interneurons originating from the caudal
ganglionic eminence and the preoptic region. We found that all three subclasses of interneurons undergo ac-
tivity-dependent programmed cell death. However, while neurogliaform cells and basket cells require gluta-
matergic transmission to survive, the final number of bipolar cells is instead modulated by serotonergic
signaling. Together, our results demonstrate that input-specific modulation of neuronal activity controls
the survival of cortical interneurons during the critical period of programmed cell death.

Anti-Green Fluorescent Protein Antibody AVL-GFP-1020 manufactured by our partner Aves Labs is featured in this study. 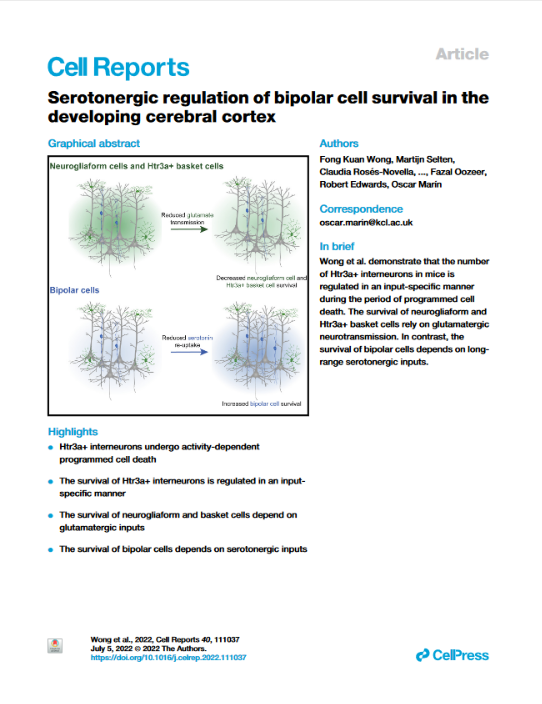